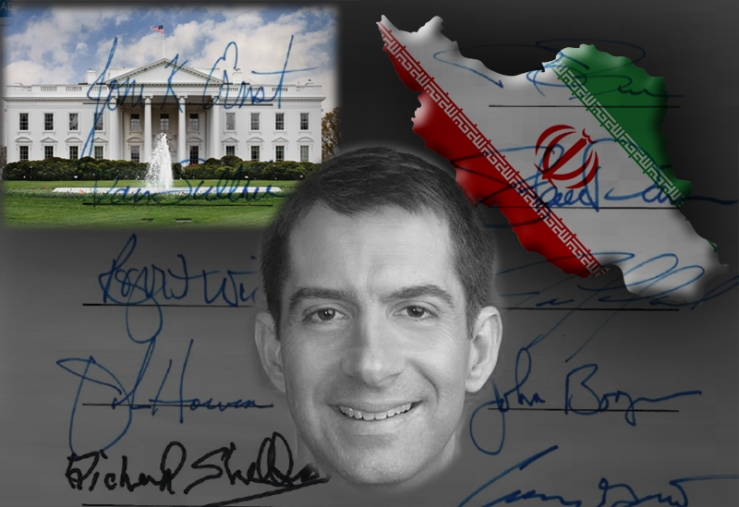 Diplomats around the world continue to scratch their heads over freshman Sen. Tom Cotton’s (R-Arkansas) stunt insulting the Iranians and upsetting the integrity of U.S. negotiated agreements with foreign governments. Secretary of State John Kerry told a Senate committee, Wednesday, the letter “risks undermining the confidence that foreign governments in thousands of important agreements commit to with the United States.”

As to the Iranians, Cotton certainly doesn’t care what they’re take on the letter was. “Our constituents elected us to the Senate, in part, to protect them from bad agreements like this and to help ensure their safety and security,” he wrote in an unapologetic op-ed in USA Today, “[a]nd that is what we intend to do.”

“What’s the point of writing to the Iranian mullahs,” Fox News’ Megyn Kelly asked the smug senator during an interview he had with her, Tuesday night. “They’ve dismissed it already as ‘pfft, whatever…'”

“We need to be crystal clear with the leaders of Iran,” Cotton explained to Kelly, “Any deal that’s not approved by Congress, won’t be accepted by Congress – not now and certainly not in the future.”

Tom Cotton and the other 46 members of the Republican Party who share his ignorance are having trouble distinguishing the difference between a treaty, which must be ratified by two-thirds of the Senate, and an executive agreement with a foreign government, which does not require Congressional approval. As the State Department explains on a web page titled “Treaty vs. Executive Agreement:”

Many of the signatories to the letter are just waking up to the realization that their misguided enthusiasm to go all out against the international group negotiating the agreement with the Iranians has wider ranging implications, when all they really wanted to do was take a very public stand against Obama. They didn’t understand that confronting Obama challenges “more than two centuries of precedent in the conduct of U.S. foreign policy,” as the Secretary of State put it.

At Wednesday’s Senate Foreign Relations Committee hearing, Sen. Rand Paul (R-Kentucky) admitted Obama was the target of the letter all along. “I signed the letter to Iran, but you know what, the message I was sending was to you. The message was to President Obama,” Paul said. “The letter was to Iran but it should have been CC’d to the White House.”

The GOP signers were just trying to be a bigger pain in Obama’s arse than they already are. In a piece on The Daily Beast, Tim Mak writes:

“Republican aides were taken aback by the response to what what they thought was a lighthearted attempt to signal to Iran and the public that Congress should have a role in the ongoing nuclear discussions. Two GOP aides separately described their letter as a ‘cheeky’ reminder of the congressional branch’s prerogatives.

“‘The administration has no sense of humor when it comes to how weakly they have been handling these negotiations,’ said a top GOP Senate aide.”

Yep, jeopardizing our international standing over domestic politics is a regular riot. It leaves our allies shaking their heads and the Iranians grinning from ear to ear.

One thought on “Tom doesn’t cotton to Iran, Obama or the rest of the world”