“By the rivers of Babylon, we sat and wept and remembered Zion.”

Tuesday morning, August 5, when the 72-hour ceasefire between Israel and Hamas went into effect, was the Ninth of Av. Things are quiet in modern Israel on the Ninth of Av. Jewish tradition holds that it was on the ninth day of the month of Av that the first temple, Solomon’s Temple in Jerusalem, was destroyed in 587 BC(E), and the burning of Herod’s Temple, on the same day six centuries later, in the year 70. In commemoration, observant Jews fast, many refrain from working, and they read the Biblical Book of Lamentations, bemoaning the fall. Wikipedia calls it “a day destined for tragedy.” 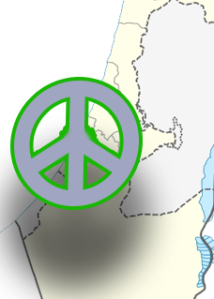 So far, this war has not threatened the existence of the Jewish homeland in the same way the historic tragedy of the sacking of Jerusalem led to centuries of exile. Hamas, at least for now, does not have the capability to pursue such an attack on its own, and they have yet to find an international partner willing to go to war for them. Even if they wanted to, and many of the Arab countries and Iran would probably love to, they’re busy fighting their own existential enemies.

Yet in its overzealous response to Hamas shelling in which it killed a thousand civilians in Gaza, Israel has created a vacuum into which stronger enemies will be drawn, like lichen on the bones of the dead. It is also a mess which the Jewish state’s closest ally, the United States, has found disconcerting, as Israel seems more interested in annihilating an enemy than pursuing peace.

An article on Slate.com, published Wednesday, cites several news stories that demonstrate the enmity Israel’s actions have bred among Gazans:
From the BBC: A mother who lost her young son declared, “I never supported Hamas a day in my life. My family had problems with them. They killed my nephew. But after what happened, I support them.”
From the Israeli newspaper, Haaretz: Another woman in Rafah, the town shelled to bits after Israel thought its soldier had been kidnapped, last weekend, warned, “You have raised here a generation full of anger and hate. Do you think this generation will be afraid after this war?”

Those reactions, it could be argued, don’t really burden the leaders of the Jewish state, who cannot be bothered by the fight of a hypothetical future enemy. They fight one war at a time, and see the next one as a “when,” not an “if.”

But the reaction that perhaps should bother Israeli leaders is that of the Jews in what could anachronistically be called the Diaspora, who consider themselves supportive of a Jewish state based on Zionist principles, but not of a homeland with a stubborn commitment to expansionism, like a Jewish Manifest Destiny.

Roger Cohen, a professed Zionist, is one of those who finds the current political situation in Israel intolerable, and inconsistent with the ideals of the state’s founders. He wrote in the New York Times, last week:

“What I cannot accept is the perversion of Zionism that has seen the inexorable growth of a Messianic Israeli nationalism claiming all the land between the Mediterranean and the Jordan River; that has, for almost a half-century now, produced the systematic oppression of another people in the West Bank; that has led to the steady expansion of Israeli settlements on the very West Bank land of any Palestinian state; that isolates moderate Palestinians like Salam Fayyad in the name of divide-and-rule; that pursues policies that will make it impossible to remain a Jewish and democratic state; that seeks tactical advantage rather than the strategic breakthrough of a two-state peace; that blockades Gaza with 1.8 million people locked in its prison and is then surprised by the periodic eruptions of the inmates; and that responds disproportionately to attack in a way that kills hundreds of children.

“This,as a Zionist, I cannot accept.”

When a United Nations school in Gaza, being used as a shelter, was shelled by Israel a few days ago, the U.S. chose to admonish their friend for not using more discretion in the attack. While recognizing that “UN facilities, especially those sheltering civilians, must be protected, and must not be used as bases from which to launch attacks” by Hamas, the U.S. State Department insisted, “The suspicion that militants are operating nearby does not justify strikes that put at risk the lives of so many innocent civilians.”

It was the strongest condemnation yet from the U.S. for Israel’s part in the aggression.

To be clear, the United States has not backed off its position that Israel has a right to defend itself from Hamas rockets. The statement, and others like it, call for Netanyahu’s generals to consider who they are killing in the name of self-defense.

“I have said from the beginning that no country would tolerate rockets being launched into their cities,” President Obama reiterated, answering reporters’ questions at a White House event, Wednesday. But, he added:

“We’re going to have to see a shift in opportunity for the people of Gaza. I have no sympathy for Hamas. I have great sympathy for ordinary people who are struggling within Gaza. And the question then becomes, can we find a formula in which Israel has greater assurance that Gaza will not be a launching pad for further attacks, perhaps more dangerous attacks as technology develops into their country. But at the same time, ordinary Palestinians have some prospects for an opening of Gaza so that they do not feel walled off and incapable of pursuing basic prosperity.”

The United States is a bystander in the current ceasefire negotiations, taking place in Cairo, Egypt, and it is hard to gauge just how much influence the Obama administration really has on Netanyahu, who continues to claim that the Israeli response has been appropriate and proportional.

Given that, and the disaffection of American Zionists like Cohen, the only answer that Israelis and Diaspora Jews can agree to, on the perennial question, “Is it good for the Jews,” is that yes, peace is good for the Jews, and the Palestinians. The disagreement is over what that looks like.

The crown may be heavy on the head who wears it, but the IDF sword it holds in its clenched fist is heaviest. Peace. Now.