Here we go again. The Republicans are skipping down the path toward obstructionism, aiming to get away with doing the least by convincing us it is the most they can do. It isn’t. They will give it another sham title like “Tax Reform.” It won’t be. They’re saying it will increase significant revenue by being “fair” to the middle class and the “job creators.” It won’t, and it isn’t.

“The math tends not to work,” said President Obama, at his first post-election press conference, last Wednesday. While he agreed with recent statements by Speaker of the House, John Boehner (R-OH), that “there are loopholes that can be closed, and we should look at how we can make the process of deductions, the filing process easier, simpler,” the president added, “what I’m not going to do is to extend further a tax cut for folks who don’t need it, which would cost close to a trillion dollars.”

By focusing only on closing loopholes and changing the tax code, the Republicans are actually taking aim at middle class households. The top two percent aren’t the only ones who benefit from deductions. Eliminating dividend tax breaks affects retirees. Eliminating mortgage interest deductions affects anyone with a house note. It seems that Boehner and company are trying to create a groundswell of opposition to tax reform by the middle class, by creating an image of government as a pack of hungry wolves coming for their financial futures.

That’s why House Minority Leader, Nancy Pelosi (D-CA) said, on ABC, Sunday, that what Boehner seems to be proposing “is not enough” and is “a formula and a blueprint for hampering our future. You cannot go forward — you have to cut some investments. If you cut too many, you’re hampering growth, you’re hampering education, our investments for the future.”

Tax rates must rise for the upper two percent, she insisted, agreeing with the president “that the higher income people have to pay their fair share.”

So before we applaud Boehner and company’s “compromise,” before any Democrat agrees that the majority is being reasonable here, keep in mind that this is another cold hearted, half-assed attempt by Republicans to agree to something that is bad for the middle class, hoping that the blood from the teeth of the snarling hounds they are willing to let loose on the flesh of the American people will wash back up against the Democrats and President Obama.

The good thing is, that although the Republicans hold the drooling pack of their misguided, predatory policy wolves by the leash, disguising them as a herd of peaceful pachyderms, we man the gate, and it is up to us, as Americans, to recognize this obfuscation for what it is – the foaming, growling snouts of political gamesmanship – and keep the door closed tightly against them until we are certain that their goals are noble, their motives sincere, and that they don’t hold a dagger behind their back.

Most of us would prefer Republicans in Congress set aside their whoring instinct, the penchant they have for rolling on their collective back like a spoiled dog begging to get its belly rubbed by special interests like ALEC, Wall Street and the US Chamber of Commerce, then popping back up barking and growling at the rest of Washington as if policy were a bloodsport. They engage in a process of glad-handing and grandstanding which results in the narrowest of achievements – making an uneducated and uninformed base happy. But as we found out earlier this month, the country is more than the GOP base – about five percentage points more.

It also turns out that despite Republicans retaining control of the House, they actually lost to Democrats in total votes cast for Representatives in the 435 member body, by one million. According to press reports, 55 million Americans voted for a Representative from the Republican party, and 56 million voted for a Democrat. That is borne out, of course, in the president’s party gaining eight seats. Only redistricting in predominantly Republican led state legislatures kept it from being a Congressional power shift.

This is where the country is going, and we cannot just roll over, post election, and take a nap. We must stay vigilant, insist the men and women in Congress who represent us stand up for the middle class, and against those who see folks who need help as envious, lazy takers who want to start a class war and take the aristocracy to the guillotine. We just want our country to work for everybody, and we think it’s okay to pay taxes so our elected representatives make that happen. And according to the election results in the six richest counties in the country, it appears the wealthy think it’s okay to pay more taxes, too. 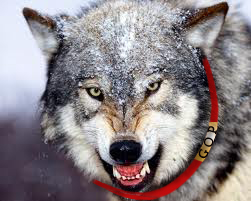