It doesn’t take a PhD to understand Palintology. You just have to think like the simple, corrosive organism that crawled under a rock and left an indelible impression. Palintology is all about how deep that first impression was, how long it lasts. Most expected it to last four years, eight at the outside. 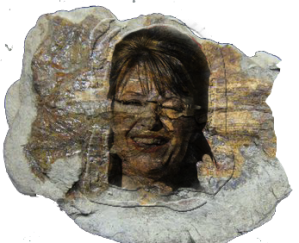 Some Palintologists, like Tea Party Patriot, Shelby Blakely, are unimpressed with the depth of the fossilized impression so soon after it was created. “So what,” she told the Boston Globe, adding that Palintological evidence indicated something too shallow, lacking “actual details” that may be nothing more “than just vague platitudes.”

She’s not alone. Sid Dinerstein, a self described “fan” of Palintolology, told the Palm Beach Post that even though it means “life’s not fair,” he doesn’t even want to look at the Palin remnant. He thinks Palintology requires so much attention, it would be a distraction from the “sophisticated” discernment required to maintain a disciplined approach.

Indeed, in the coming days, Palintological fossils will be overwhelming meetings in Washington, DC, and New England, and although many observers will not want to take out their magnifying glass to get a closer look, they won’t be able to help themselves. Even Dinerstein’s sophisticates will be drooling.